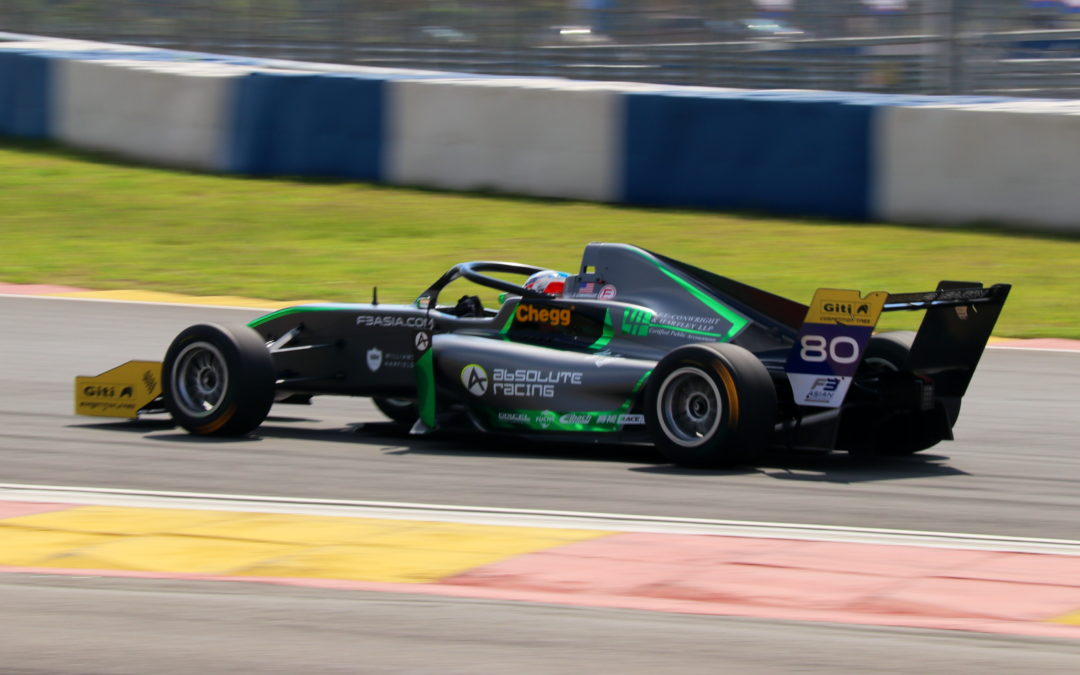 (By Absolute Racing) – Absolute Racing leaves Ningbo International Speedpark in an upbeat mood after a consistent weekend of results that saw the team achieve six top six finishes and a Masters class win in the F3 Asian Championship Certified by FIA Rnd 10, 11 and 12.

Setting the grid positions for race one, Jaden Conwright set a lap time of 1:40.728 min to sit in second on the time sheet. Following a quick visit to the pits, the second qualifying session got underway. Conwright qualified in fourth place on the grid for Round 12 on Sunday.

Race one saw two of the three Absolute Racing cars handed drive-through penalties for false starts. Conwright dropped from second to eight place, recovering two positions to finish sixth in the late stages of the race.

Round 11 and 12 took place on Sunday. Sunday race two saw Conwright taking a hard-earned fourth. Starting from fourth on the grid, the American driver was never in position to relax, crossing the finish line just 0.3 seconds ahead of his chaser.

Apart from the wet track conditions, the third and last race of the weekend had few dramas for the Absolute Racing trio. Conwright and Nandy were fourth and sixth respectively, although the Malaysian driver had to battle for pretty much all of the race to secure his position.

Conwright maintained the third place in the driver standings as Nandy lies fifth. The weekend results left the team in second place in the Teams’ standings.

The team now has a five-week break before heading to Sepang, for the 2018 F3 Asian Championship Certified by FIA season finale on November 24/25.

#80 Jaden Conwright: “I was very motivated heading into the race weekend knowing we had already won at Ningbo in the first round. It was strong weekend where we were able to gather some more valuable points. I’m happy with the results we showed and that I was able to maintain 3rd position in the championship heading into the final round. I can’t wait to take everything we learned throughout the championship into Sepang and fight with everything we got!”

Ingo Matter (Team Director): “Before the race, we had hoped for a better result, but after what happened in the qualifying and at the start in the first race with Jaden, we have to be happy with taking home a couple of fourth place finishes and collecting points in every race. The pace is there, just have to get the little details right and have just a bit more luck next time out. We can go into Malaysia with our heads held high and knowing that things will get better.”